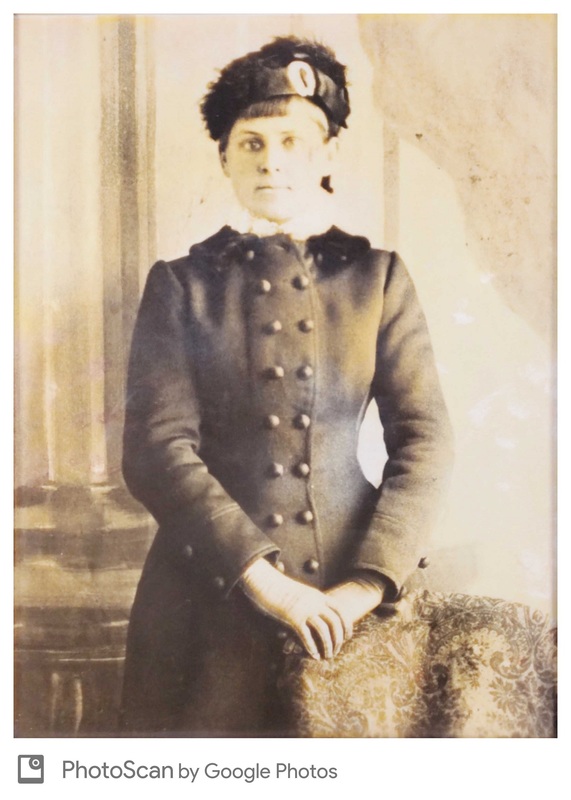 Carrie Grundy Ayres, born in La Grange, Mississippi in 1860, was the first teacher in Old Sterling. After her father lost his life in the Confederate Army when she was two, her mother remarried and the family migrated to Greeley, Colorado. In 1875 at the age of 15, two years after moving to Old Sterling from Greeley, the young schoolmarm taught 20 students at a salary of $25 a month in a 14-foot by 16-foot sod dugout building. When New Sterling was established in 1881, the school moved to a wood building on Main Street. However, because of a windstorm that destroyed the building, a new Franklin School was built on Fourth Street where the Village Inn was later built.

Ayres married J.N. Hall in 1885, a Harvard doctor (and later Sterling town mayor). However, because of District 30 policy, teachers were not permitted to be married, so Ayres retired at the age of 24. She and her husband moved to Denver in 1892 where they raised their two sons, Sigourney and Oliver. Ayres died in April, 1946 at the age of 85. When Re-1 Valley School District built a new school in 1996, they named it in her honor for her early contribution to education in Sterling - Carrie G. Ayres Elementary School.